According to Time magazine “the Paris Agreement is meant to signal the beginning of the end of more than 100 years of fossil fuels serving as the primary engine of economic growth and shows that governments from around the world take climate change seriously”.

The Paris Agreement boldly aims to cut global greenhouse gas emissions in half, but surprisingly, our incredibly destructive culinary habits do not show up in the final agreement. Animal agriculture exists solely to satisfy our insatiable cravings for thick steaks, cheap hamburgers, chicken wings, bacon and eggs, chunks of cheese, and endless gallons of milk.

In particular, cows produce copious quantities of methane, a global warming gas that is 25% more potent than carbon dioxide. Methane is produced during a cow’s digestive process and also when their manure is stored in holding areas. According to the 2006 UN report, Livestock’s Long Shadow, animal agriculture generates more climate damaging greenhouse gases than the entire transportation industry.The Lego Batman Movie (2017)

So why is it that this giant elephant in the room was dismissed from all discussions in Paris? It’s one thing to address fossil fuels because there’s a certain degree of cultural acceptance, but to interfere with our deeply rooted beliefs about food is a whole other can of worms. It would mean that political leaders would have to meddle in one of the most personal and private parts of our lives – our kitchens.

To suggest that we should eat differently, change our ways, and choose plants over animals would incite fear of public rejection, and the subsequent loss of political power. “Progressive-minded” politicians are willing to go to the edge of status quo, but not past it. This is what Climate Healers founder Sailesh Rao calls, “the fear of the loss of the known”.

This fear holds our entire culture hostage and trapped in a system of denial and indifference. Many still believe that political leaders are the harbingers of change, but political change is incremental at best, and often amounts to nothing more than moving the furniture around in a house that still leaks.

The collective fear of change, coupled with the culturally conditioned fears of protein and nutritional deficiency, keep us trapped in outdated belief systems. These are the same belief systems that have caused unwieldy increases in food borne illnesses like diabetes and heart disease. This belief system is also the cause of exorbitant animal cruelty and suffering for billions of animals around the globe every year.

The bottom line is that politicians are not going to create the change we need to see in the world because we are the ones we’ve been waiting for all along. Change begins at the roots– with each of us as individuals. This grassroots transformation is something I am calling Fire in the Kitchen. It’s a systemic transformation where old belief systems are burned off to reveal a more authentic way of being.

Every conscious shopping decision, every new plant-focused recipe, every healthy eating discussion, and every compassionate dollar spent shifts our culture and creates space for new possibilities. These are the sparks that ignite the flames for paradigm shifting transformation.

Fire creates ash and smoke–the uncomfortable remnants of an old way of being. Once the smoke clears and the ashes are cleaned away however, we are renewed. We can then move forward in an empowered direction driven by our own internal cues and not the seductive and destructive marketing messages that have wreaked havoc on our planet.

While our politicians are now preoccupied with the details of a multi-national deal, now is the time for us to focus on the daily choices that create the biggest change possible in our own lives. Every dollar spent is a vote for how we wish to see the world. Every expression of deep authenticity creates real and lasting change in our lives, in our communities, and in the world.

As Buckminster Fuller said, “You never change things by fighting the existing reality. To change something, build a new model that makes the existing model obsolete.”

The new model that must emerge begins with plants and leaves behind the flesh and secretions of animals. We are out of time, we are out of excuses, and our future on this planet depends on a radical shift in consciousness. This shift creates the fire of change in every household on the planet, and that fire of change begins in our kitchens. 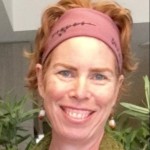